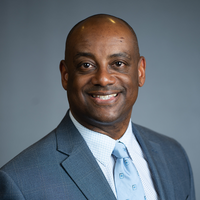 Please take a moment and let us know how your experience was.

Dr. Russell Stanley is a podiatrist serving the community of San Antonio, Texas. Dr. Stanley earned his Bachelor of Science degree from California State University, Northridge, in 1999. In 2004, he graduated with his DPM degree from California College of Podiatric Medicine. He then did a four-year residency at St. Barnabas Hospital & Trauma Center in Bronx, New York, where he served as Chief Resident of Podiatry during his final year. In 2008, Dr. Stanley moved with his wife and children to San Antonio and joined San Antonio Podiatry Associates. He specializes in forefoot, rear foot, ankle surgery, Achilles, and other tendon repair. He is involved with San Antonio Podiatry Associates, P.L.L.C’s clinical trial research. He serves as an investigator with Endeavor Clinical Trials, with recent trials including bunion surgery, tinea pedis, and treatment of fungal toenails with oral, topical, and laser therapies. Dr. Stanley has staff privileges at both Southwest Texas Methodist Hospital and St. Luke’s Baptist Hospital. He lives with his wife in San Antonio, TX. When not practicing medicine, he enjoys soccer and basketball with his two children, in addition to exercising, weight lifting, swimming, scuba diving, bicycling, and traveling. Dr. Stanley sees patients at our Wurzbach office in the medical center. 8042 Wurzbach Rd #450, San Antonio, TX 78229

Thank you for subscribing!

You will receive important news and updates from our practice directly to your inbox.

Your form has been successfully submitted!

We will be in touch with you if additional information is needed.